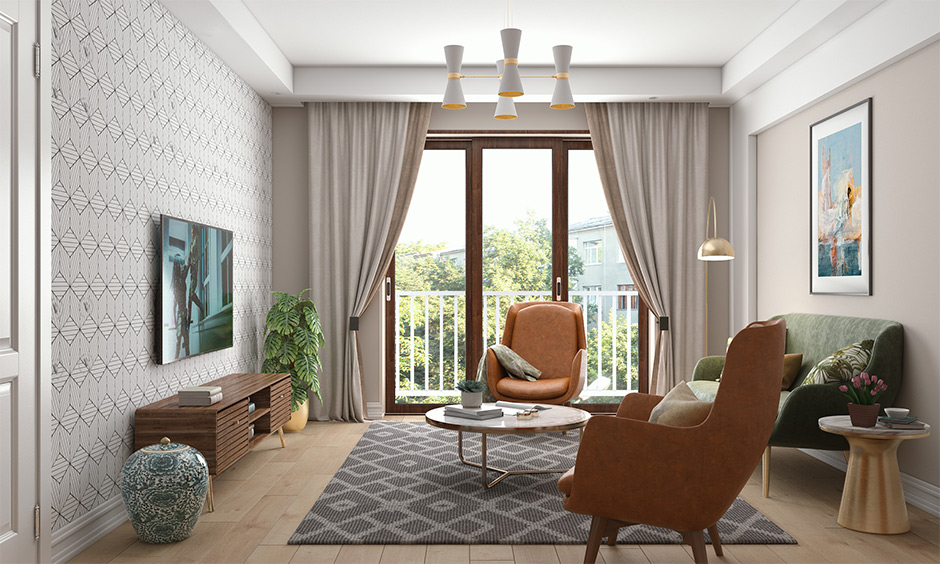 Do you like homes with a clean layout, sleek furniture and earthy tone? If yes, then you should opt for the mid-century modern interior. This interior style is the epitome of simplicity and functionality.

Its roots go way back to the late ’30s and early ’40s – right after World War II when designers from the School of Bauhaus migrated to various American cities from Germany. The simplicity of design, use of clean lines, lack of ornamentation and organic curve are the key elements of this style. This is why it’s still popular today among interior designers and homeowners alike.

If you are a believer and practitioner of minimalism, the mid-century modern style is for you. Before we dive into interior inspirations, let’s understand the key characteristics of this unique style.

Design Simplicity: It is the essence of mid-century modern interiors. The designs are heavily centred on simple, sleek lines. Every piece of furniture looks lightweight and balanced. Mid-century modern style is made for people at large, not for any individual. That’s why today, this style of furniture is mass-produced the most.

Materials Used: Teak is commonly used to make mid-century modern furniture for its rich colour and durability. However, the use of rosewood and oak is also not uncommon. They are usually used to make small items like a desk, tables and storage cabinets. Additionally, metal, glass and vinyl are also used to make curved furnishings, such as curved sofas, geometric and abstract-shaped coffee tables and more.

Natural, airy colours, an abundance of light and clean lines dominate the mid-century modern style. As we already discussed, furniture is made of both wood and steel. If you want to dip your toes into this style, opt for items with tapered legs. This is the signature style of mid-century modern interior design. For instance, the TV unit and the cupboard have an uncluttered look, giving the living room a serene and airy vibe.

In interior design, symmetry is used to create a balance in the room layout. It creates a sense of enhanced space. Since mid-century style is dominated by sleek slimline furniture and neutral colours, the right symmetry in rearranging makes the room look harmonious, stylish, yet cosy.

Who said a functional space is always plain? If you are someone who loves functionality yet wants your home to look modern and stylish, this living room design is for you. The pop of colours gives this high-rise apartment a much-needed breath of fresh air amid the concrete jungle.

You don’t have to have a 100% mid-century design to give your space a similar flair. Conventionally, slim wooden furniture is used to create the illusion of space in mid-century modern living room design. But, it can be achieved with steel as well, giving a contemporary twist to the mid-century interior. This works wonderfully if your home has a space crunch. Stick to primary colours for a cheery ambience.

Neutral colours are the key differentiators of mid-century modern style interiors. But you do not have to restrict yourself to them. Feel free to experiment with a mix of vibrant colours with colour-blocking patterns. We have used a bright yellow for the couch and accent chair upholstery.

We hope these living room designs have inspired you to experiment with mid-century interior designs for your home. If you want assistance, book an appointment with our expert designers and we will turn it into a quintessential mid-century home. And for more such interior ideas, check our blog section. 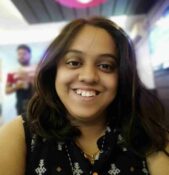 Pallabi Bose is a freelance content writer and comes with six years of experience at various media organisations. She has helped numerous organisations achieve prominence with her distinctive writing. Solo travelling is her oxygen, whereas cooking and home decor are her passions.